The view of the first special discourse of Dzongsar Institute

Generally, at Dzongsar Institute, among the students’ yearly activities of explanation, debate and composition, the intra class discourse is regularly conducted once in every month. From this year, the administrative committee of the institute, by seeing various benefits and merits, has decided to conduct the discourse in line with the modern way, for twice in a year, which requires the reading and analyzing of the composition whereby each time the four classes participate in the discourse. So, on 23rd of September 2019, under the preparation of the examination committee of the institute, the first special discourse was conducted. 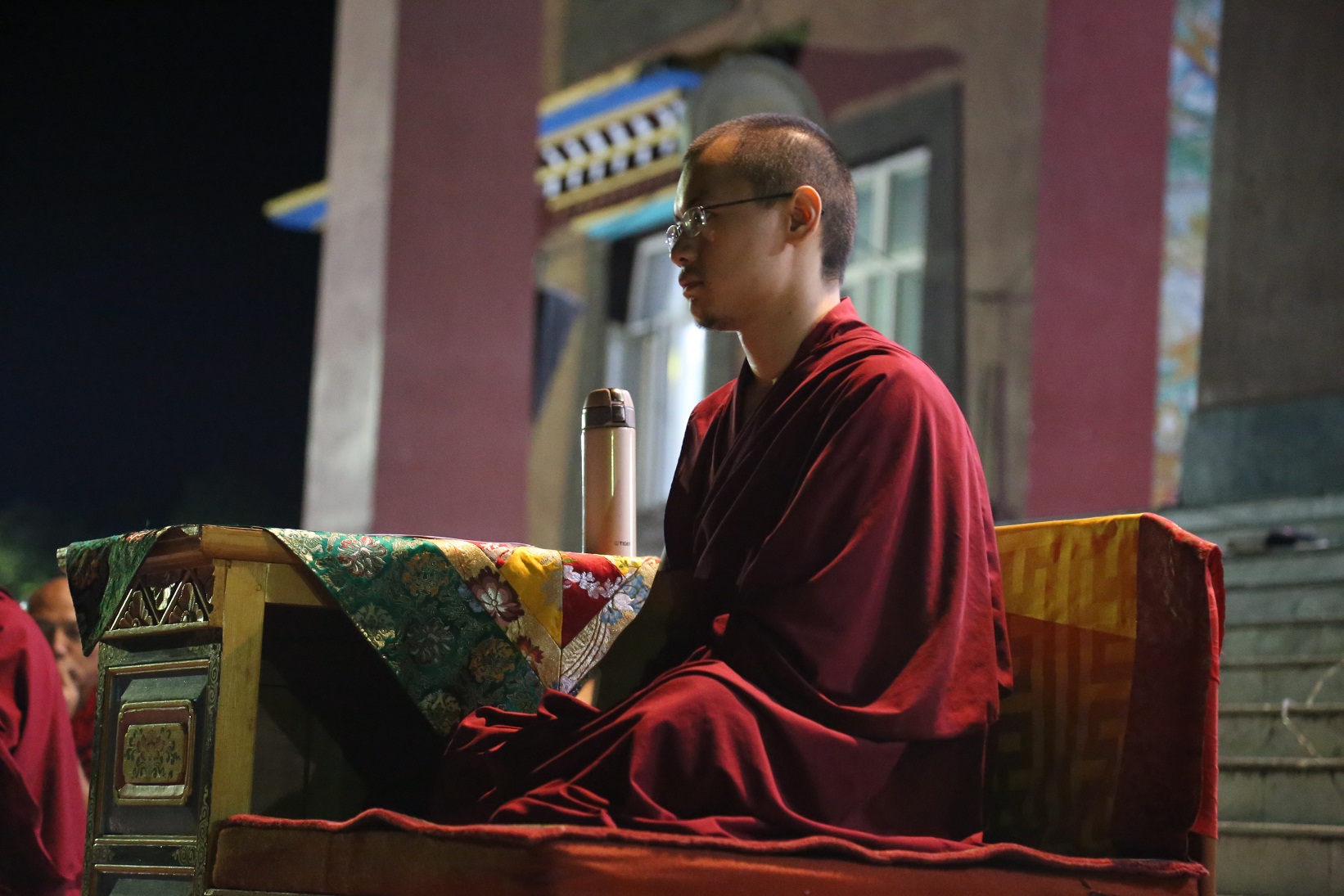 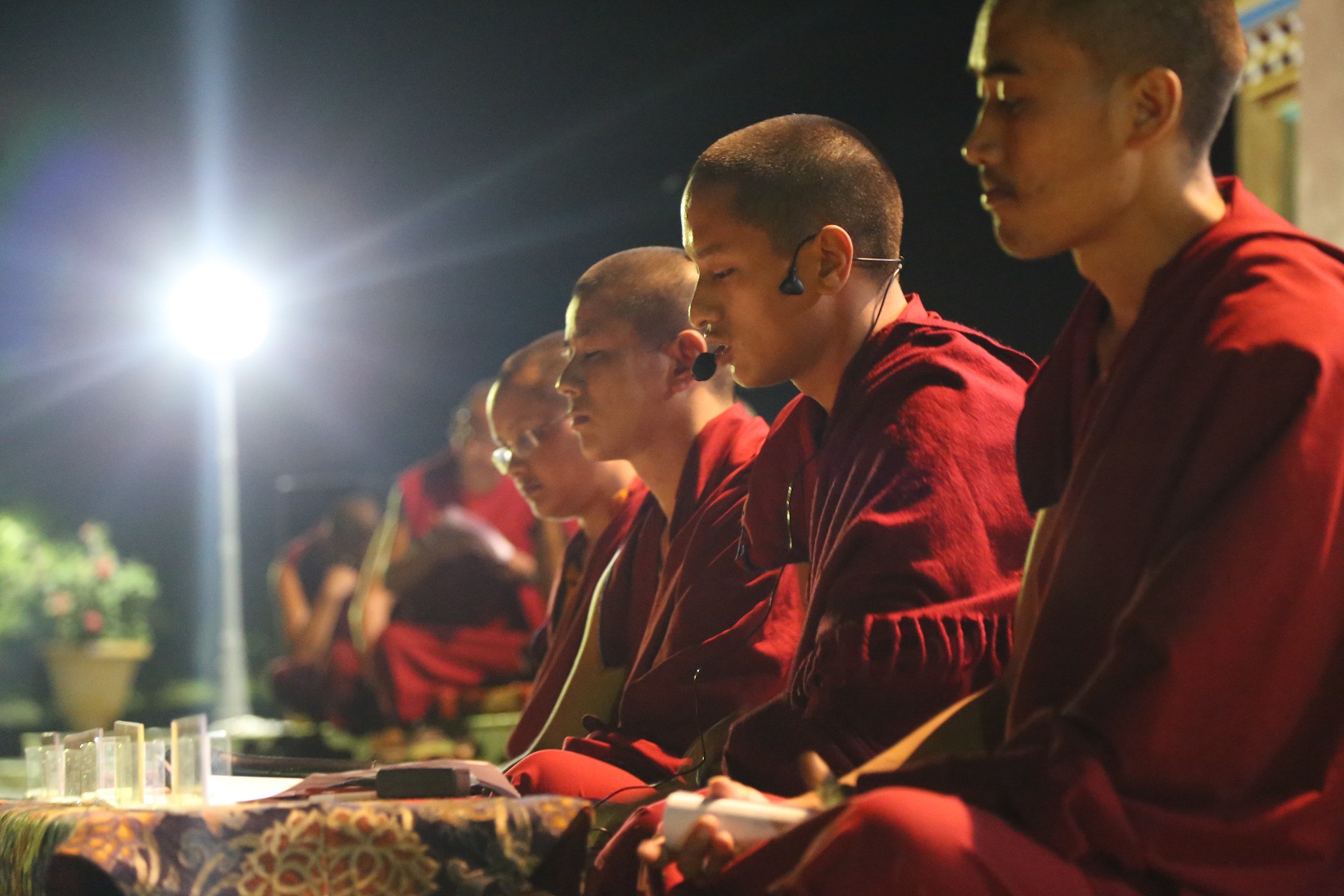 Participant of the discourse reading out the composition

Unlike in the regular discourse, in special discourse, the four participants come up for the discourse with each composition written and finalized by themselves on one of the topics of their respective class lesson or subject. The actual session of the discourse consists of the four Khenpos as the moderator for the event and the four participants of the discourse who read out their compositions. There are two students from each class who put forward their questions, views and doubts about the composition. The time allocation for the discourse is as follow: fifteen minutes are allotted to the composition reader, ten minutes for asking questions and five minutes for the moderator to give his final summary oriented advice. Thus, in this way, the special discourse is conducted. 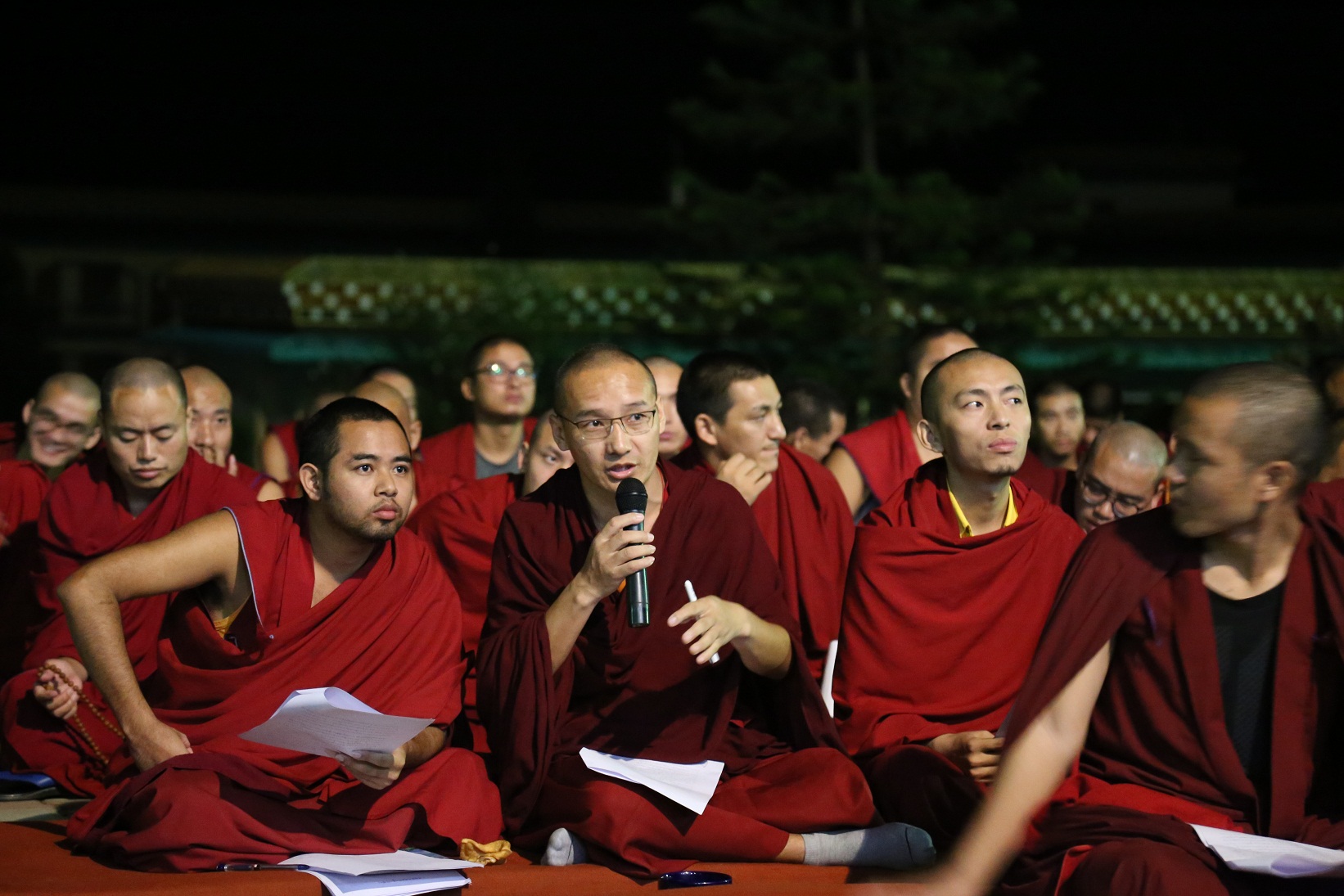 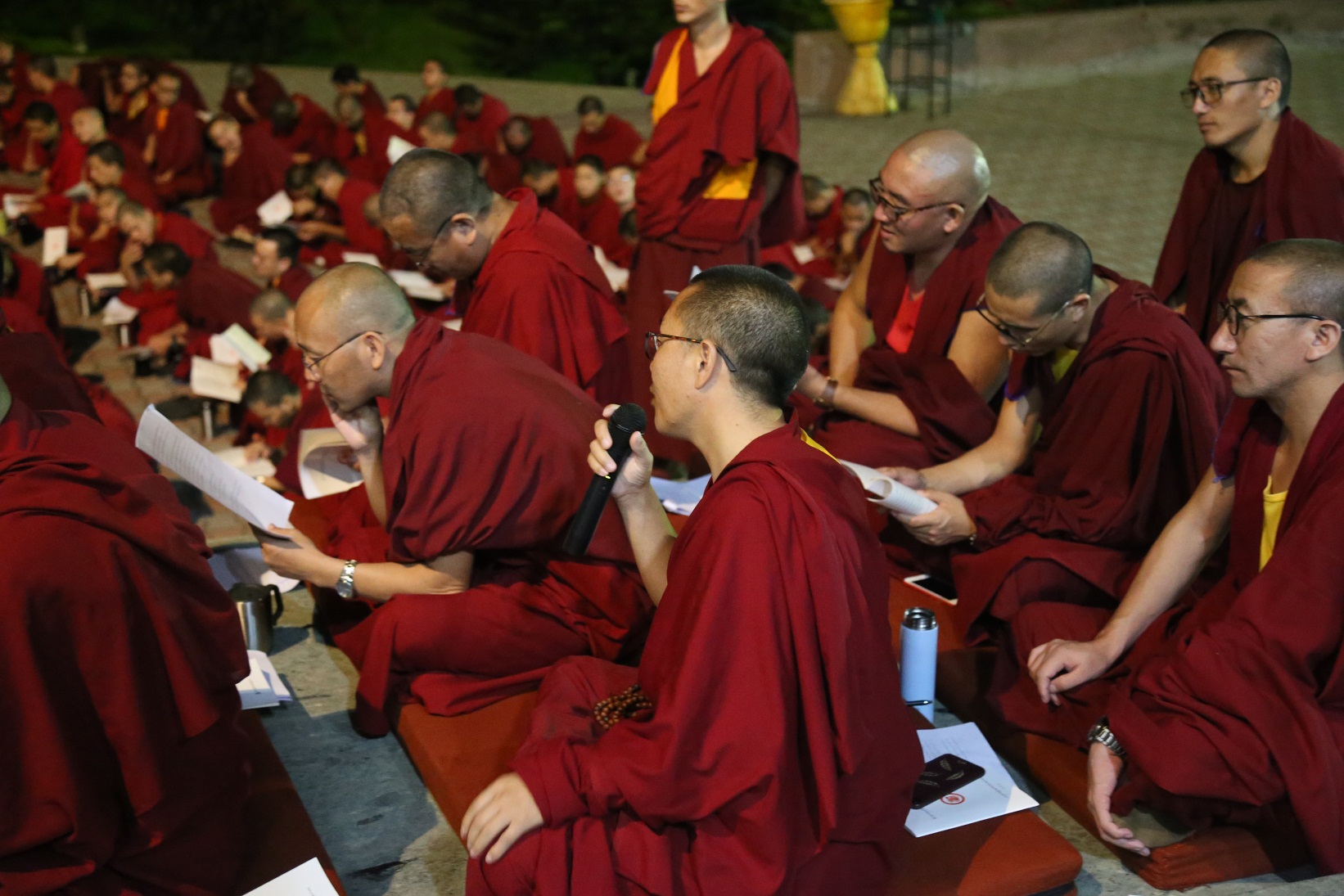 The moderators, the abbot Khenpo Samdup and Khenpo Tsering, conferred the discourse introduction related advice. In relation to the composition about the principle of the intermediate state, Khenpo Jamyang Chophel said that any composition if adorned with the quotation and reasoning of the scholars of India and Tibet, it is the majesty of the students of having learned the the doctrine well. Khenpo further said that other than stating scientific explanations for knowledge sake, if it is stated as a basis of reasoning then it is not enough to conform with the discourse on Buddhist philosophical text. While giving advice about comprehending the essential points of the quotations with regard to the composition about ‘Exclusion of other or Generic image,’ Khenpo Kunsang complimented for the right usage of the quotation and said not to make mistake while drawing the reasoning quotation. In accordance with the Reasoning for Explanations, when writing any Buddhism related composition, short or lengthy, it should be written from the viewpoint of the Instruction of Sutra Exposition. Making such clear distinction of various aspects of the discourse by the moderators, this time’s discourse, thus, ended well. 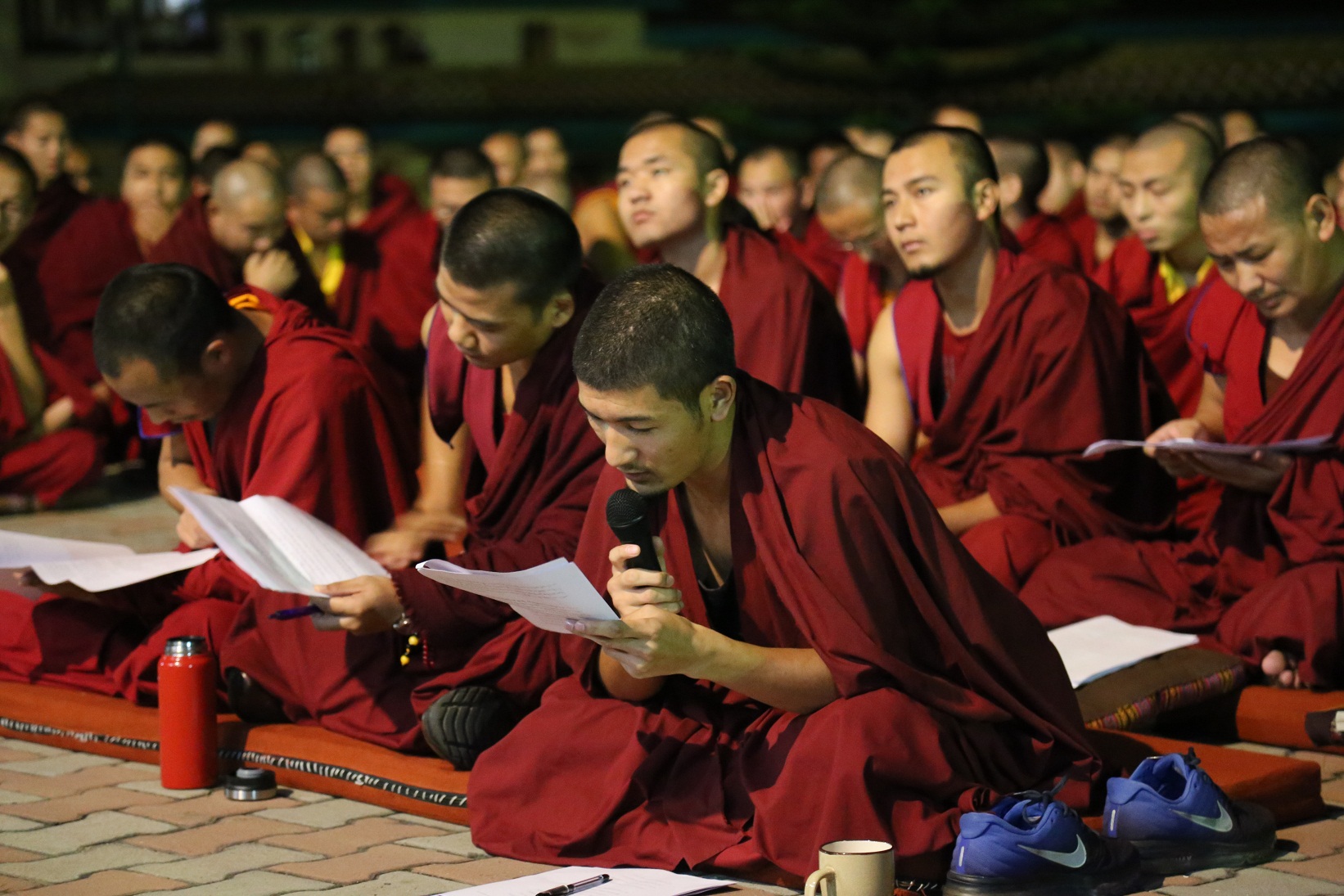 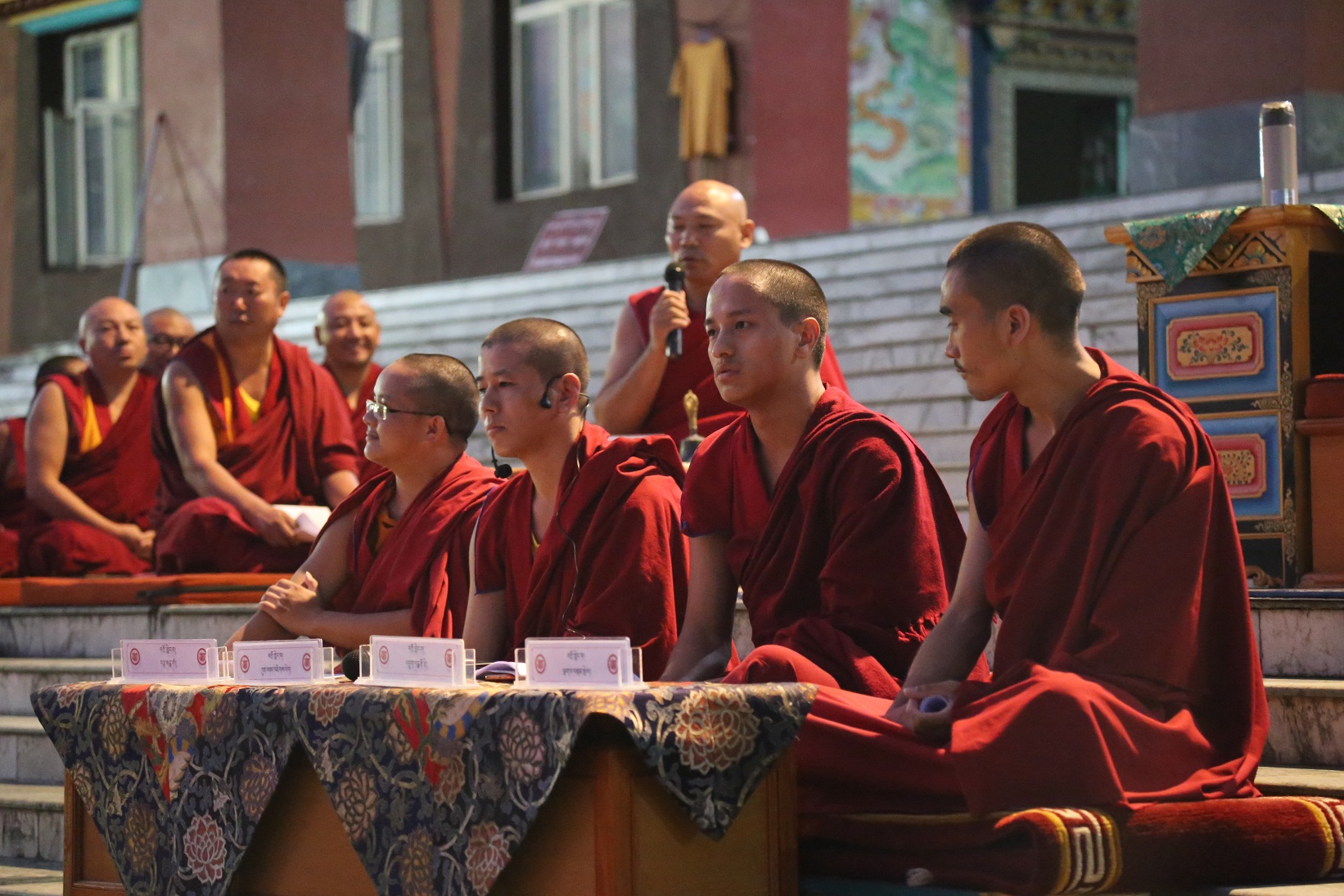 The moderator summarizing the points 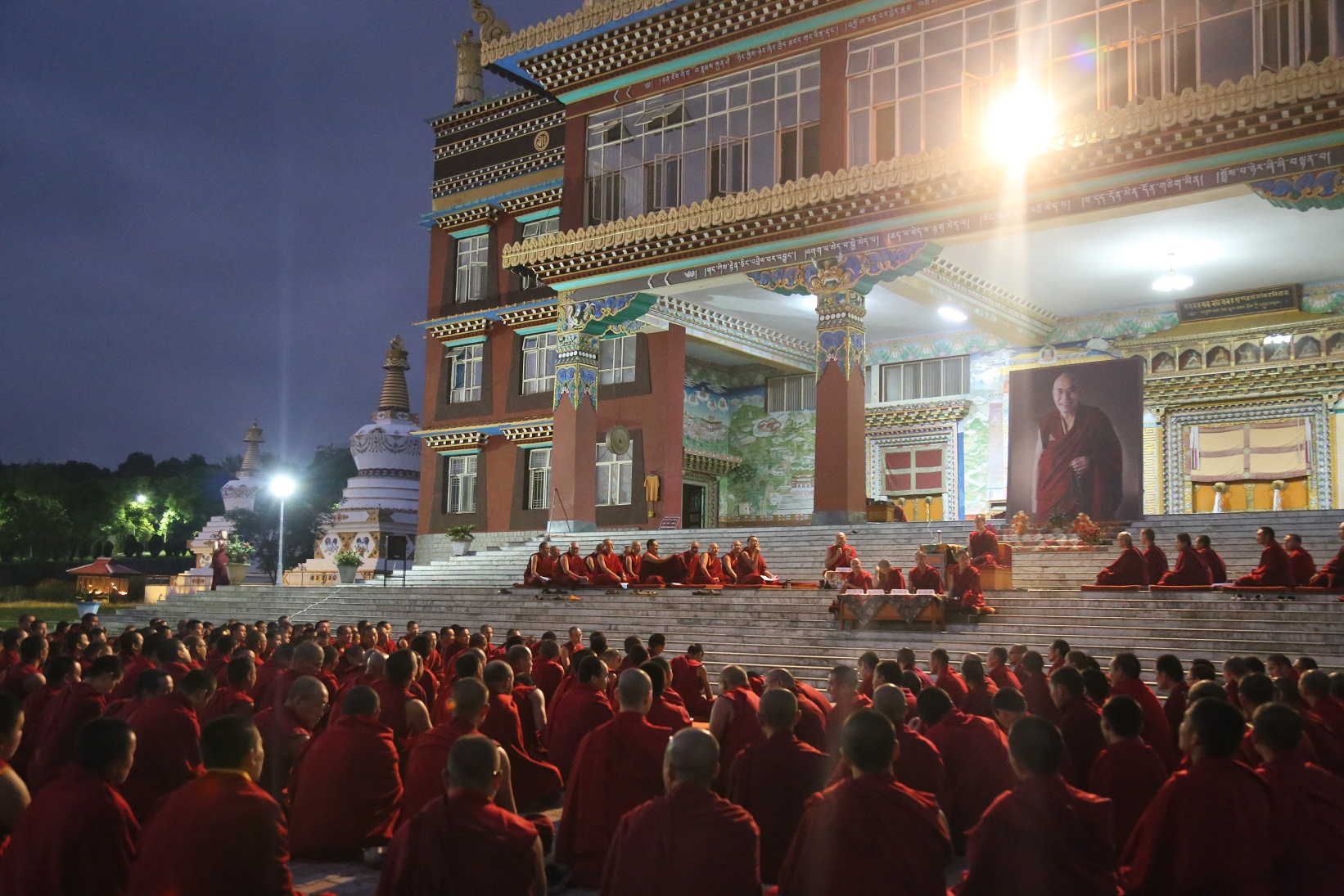 The view of the first special discourse