Yesterday on 23rd May 2019, corresponding with the 20th day of the third Tibetan month, as it was the day of the 11th parinirvana of Khenchen Kunga Wangchuk, the offerings and ritual for the parinirvana were performed at Khenrinpoch’s own abode, i.e., Dzongsar Khyentse Chokyi Lodro Institute. 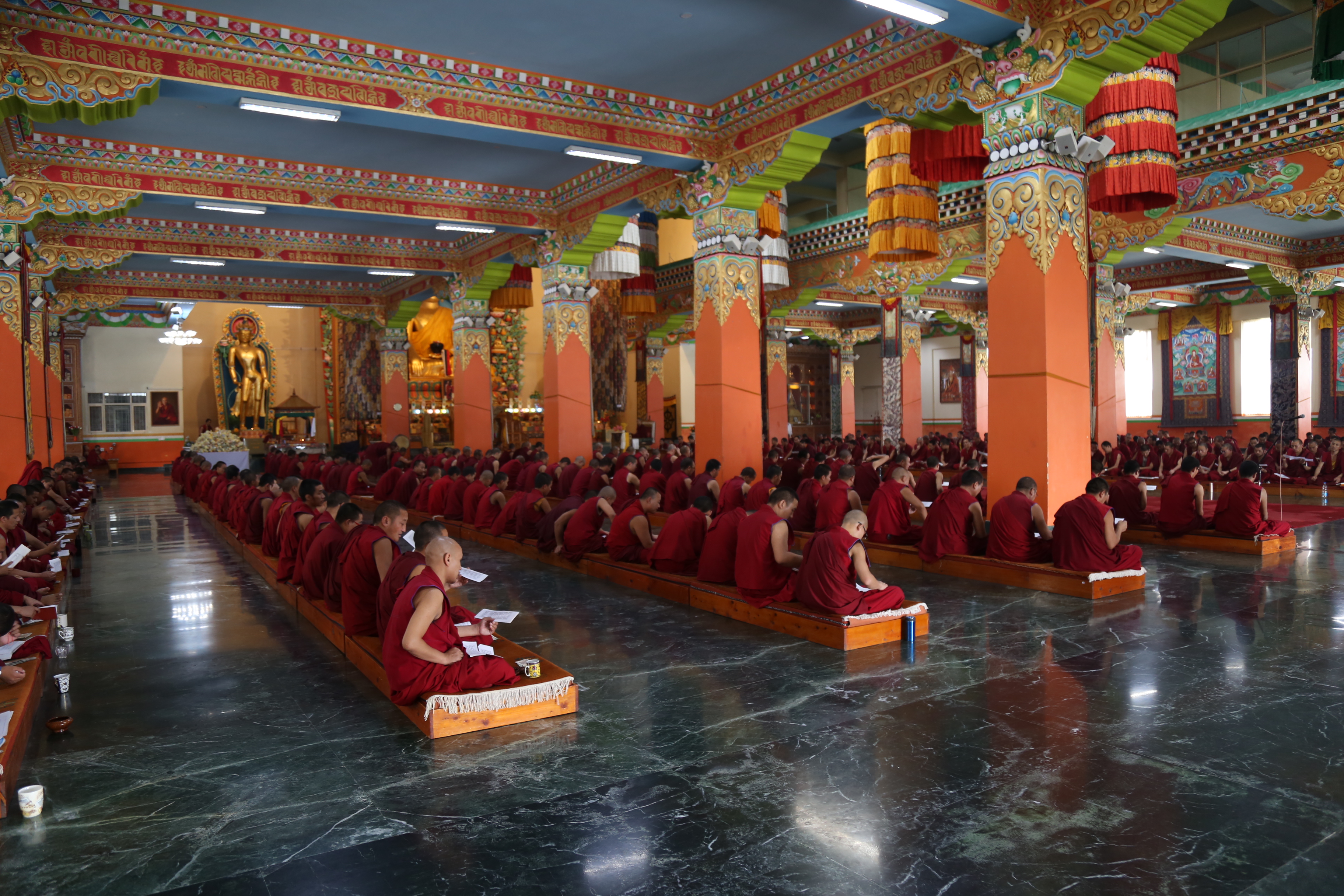 performing the ritual of offering to the masters of the pith instruction of path and fruition.

It began, in the morning, with the ritual of offering to the masters of the pith instruction of path and fruition being performed by the whole gathering of Khenpos and students in the presence of Dungsey Abhaya Vajra Rinpoche, Khen Rinpoche Lungrig Singye and Khenchen Jamyang Losel and Khenpo Samdup of the Institute. In the evening, the 11th Parinirvana was observed by making the offering of explanation, debate and composition by the monks of the higher and lower classes. Likewise, both the direct and indirect students of the late Khen Rinpoche have thoroughly observed the Parinirvana in America, Nepal, China, Taiwan, Bodhgaya, Manali and other various places in the world. 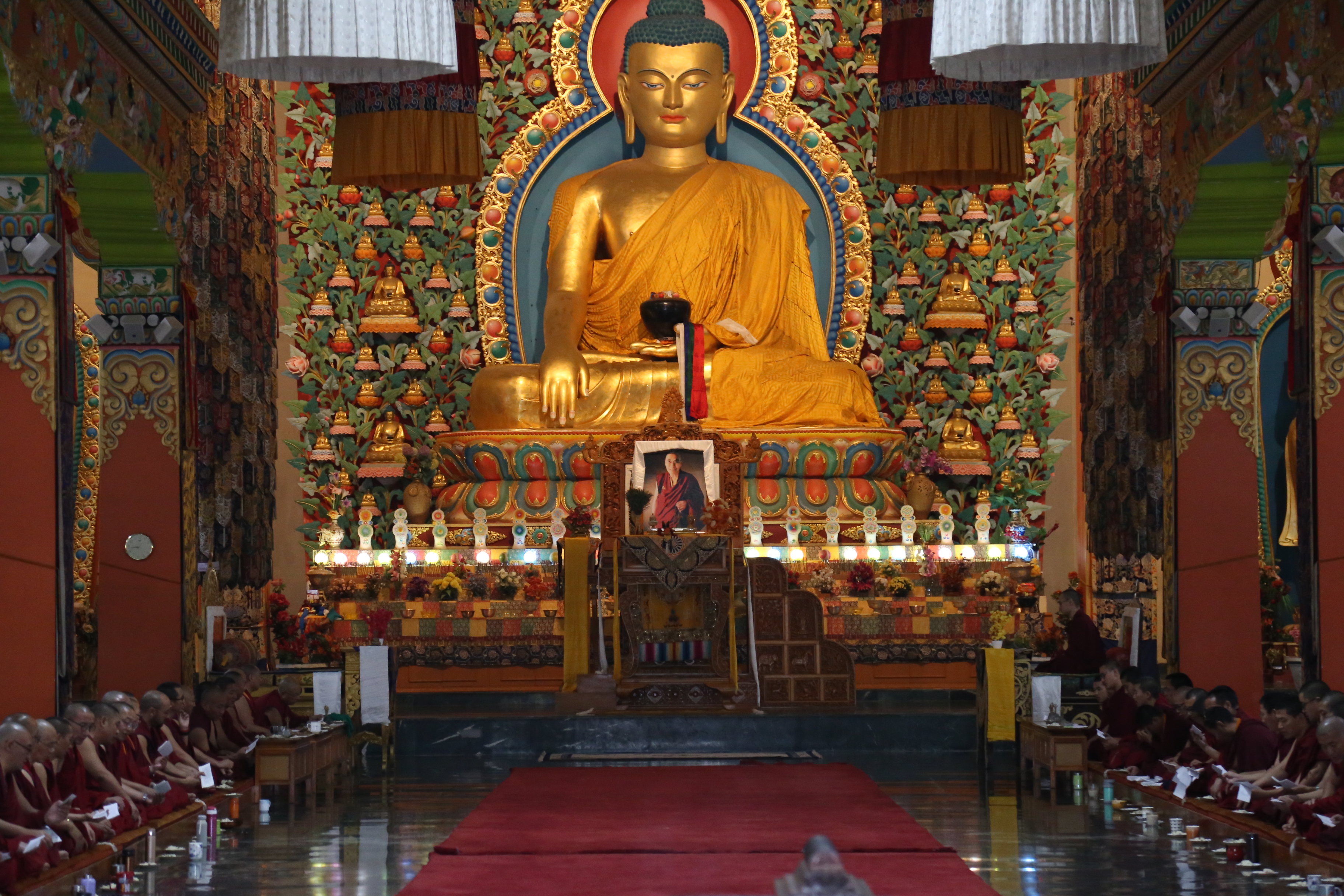 performing the ritual of offering to the masters of the pith instruction of path and fruition.

For the Parinirvana of Khen Rinpoche, those ex-students of Dzongsar Institute living in France made the offering to the whole sanga of the institute. The Parinirvana was also observed in an individual manner by posting the photographs of Khen Rinpoche and the poems and compositions of remembrance in the social media as a sign of remembering Khen Rinpoche’s outer, inner and secret enlightened activities and sublime wisdom. 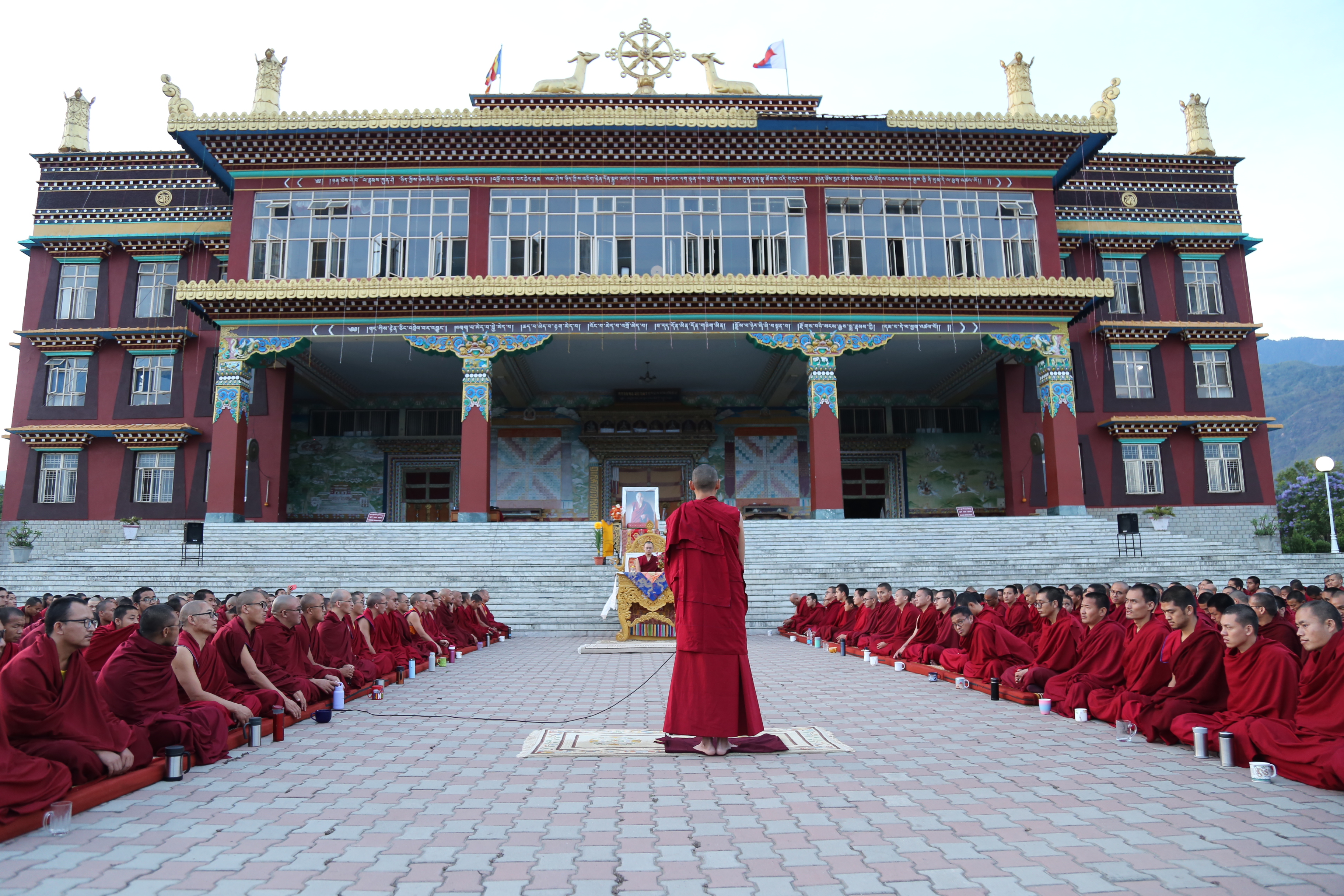 Making the offering of explanation, debate and composition by the monks of the higher and lower classes.

A short biography of the late Khenchen, Kunga Wangchuk Rinpoceh. 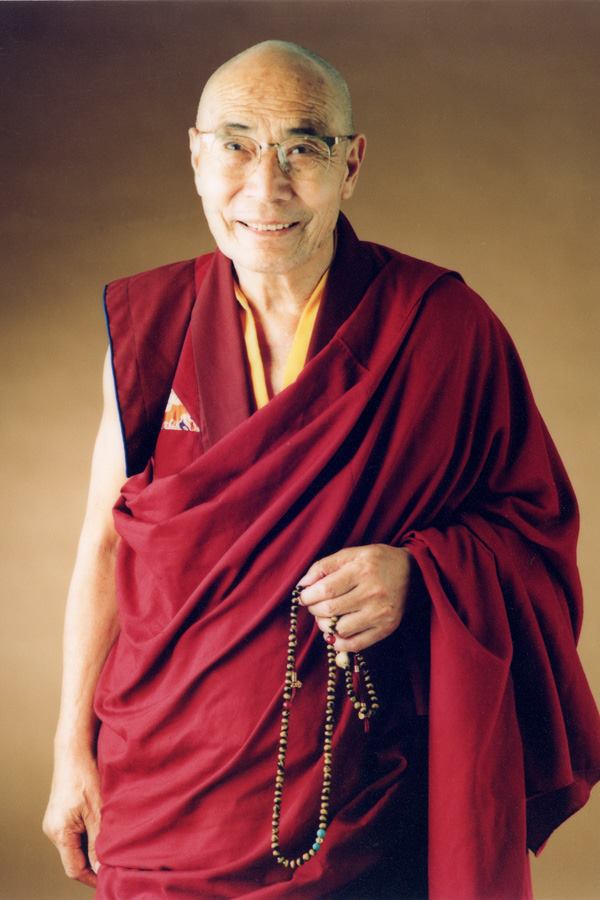 Khen Rinpoche Kunga Wangchuk was born in 1921 in Kham Dege, Tibet. At the age of nineteen Khen Rinpoche received the novice monk’s vow from Khenpo Zopa Lekshe and at age twenty received the full monk’s vow from Thartse Khen Rinpoche Jampa Kunsang Tenpe Gyeltsen at Ngor Ewam Chöden. From the great nonsectarian master, the second Khyentse incarnation, Jamyang Khyentse Chokyi Lodro and Khenchen Thupten Gyaltsen of Dzongsar Khamje Shedra, followed by many other great masters, Khen Rinpoche thoroughly received the teaching of the Eight Great Chariots of the Practice Lineage and the Five Major Buddhist Philosophical Texts or the Eighteen Renowned Scriptures as well as received all available continuum of hearing and explanation. Before the change in situation of Tibet, Khen Rinpoche taught at Khamje Shedra and Wara Shedra. During the change in situation of Tibet, albeit Khen Rinpoche had to stay in prison for twenty one years, he never lost the practice of Bodhichitta and always practised it.

After his release from the prison, as per the wish of the third Khyentse incarnation, Jamyang Thupten Chokyi Gyatso, Khen Rinpoche came to India, and at the age of sixty two in 1983, started Dzongsar Shedra in Sikkim. In 1985, the Shedra was moved to Bir, Himachal in northern India. Due to the gradual increase in the number of students, the Shedra had to be moved to Chauntra whereby in 1999 the construction began. It was completed in 2004 and in the same year the newly built shedra was opened. A huge number of disciples were gathered and many hundreds of great dharma holders were produced thereat. Having conferred, for many times, a lot of empowerments, initiations and teachings to His Holiness the 14th Dalai Lama and many other nonsectarian great masters, Khen Rinpoche thus appeared to be the virtuous master of all. It was in 2008 when His Holiness Sakya Trichen Rinpoche consecrated the newly built Shedra and was conferring the teaching of Path and Fruition, that at the age of eighty eight, Khen Rinpoche, with all the gratification of having fulfilled all his wishes and aspirations, decided to dissolve his bodily form into the expanse of Dharmadhatu.